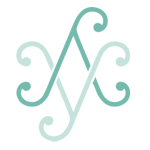 How Often Should You Get a Massage?

While massage has been around for thousands of years, it seems like more and more people are finally taking advantage…

by jwvelez@gmail.com
Top 9 Most Popular Types of Massage

There are many types of massage therapy, from classics like Swedish and deep tissue to more exotic styles like shiatsu…

by jwvelez@gmail.com
Massage: Get in Touch With Its Many Benefits

Massage can be a powerful tool to help you take charge of your health and well-being. See if it’s right for you. Massage is no longer…

by jwvelez@gmail.com
Maintaining Health and Beauty Through Spas

Most women would agree that beauty is not just a matter of outer looks but also inner beauty. This is what is usually referred to as the holistic approach to looking at beauty. A lot of local or imported cosmetic brands may help women look younger, but recently there has been a growing trend of many women turning to traditional treatments that use less chemical materials. Chemical materials are often found to have longer-term destructive effects on the skin rather than making one’s face fresh.

by jwvelez@gmail.com
All the Reasons to Go to the Spa Right Now

“Exercises, healthy food, relaxing and good sleep are the fundaments of a healthy lifestyle” – this statement most of us have heard on more than one occasion. In our opinion all of that sounds fantastic but is missing one vital thing, two hours a week at the Spa! Read on to find out why.

by jwvelez@gmail.com
Differences Between a Sauna and a Turkish Bath

They’re two of the oldest spa treatments around. They’re also both steam based, and were each designed to help you cleanse and purify your body. Sounding pretty similar so far, right? Yes, there’s no denying that saunas and Turkish baths have some major common ground; but while you’d be forgiven for thinking that they’re essentially the same, they actually have three pretty huge differences. Read on to learn what they are – you’ll be a bathing guru in no time.